How to Sightread Successfully for the Piano Student: Part 2 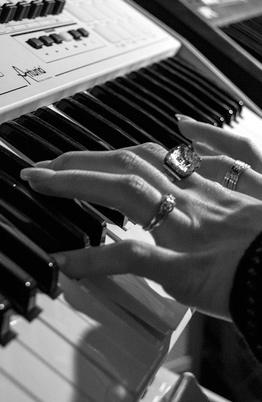 I have been working with many of my piano students recently on sightreading, and emphasizing the importance of being able to pick up a piece and fumble through it.  My experiences have led me to some interesting discoveries about common pitfalls of students when playing through a piece.  Here are my best suggestions for improving your sightreading fluency:

1.       Practice:  It sounds obvious, but practice makes perfect when it comes to sightreading.  You need to put time into honing and developing this skill in order to improve. Usually (as many of my students know) I’m not a huge fan of the timer when it comes to practice because most practice sessions should be organized with the goal of accomplishing something in the music, whether it is the right hand, or a certain measure, rather than working for an arbitrary amount of time.  However, sightreading is the one area in which I think timers can be helpful.  Because the goal is not in this case to play a piece through perfectly, but instead to train your brain to think about patterns and sequences within a piece.  At first, you will be slow at this and it will be tedious, so you may accomplish a little less in some pieces than others.  Try to set a fixed amount of time everyday to pick up and practice sheet music you have never seen before.

2.      Understand how sharps and flats are a game changer:  Throughout my years of teaching I have noticed that students tend to “get stuck” on the same concepts when they are first introduced.  One such concept is that of sharps and flats.  Suddenly, rather than just moving left to right on the piano, we are moving up and down as well.  This changes the feeling of distance created in the hand when playing a third, second or other comfortable interval.  “Chromatic Confusion” is a very common ailment amongst beginning piano students.  Next week I will discuss ways of coping with this when accidentals are first introduced in the piece.  For now, ask yourself as you move from chord to chord, “is the sharp (or flat) im going to on the top or the bottom of the chord?” “what would the interval be without the sharp or flat?”  “which finger should I use to play the sharp or flat?” (hint: it is usually the finger already assignment to the natural version of that key.)

3.      Look for repetition and patterns.  We do a lot of technical exercises and theory in my lessons.  The reason we do this is to help students start to see that many songs are simply versions of chords that have been inverted or played as arpeggios, or bits and pieces of scales.  Many patterns also are elaborated on throughout the piece or varied slightly with rhythms or added ornamentations.  Take Pachebel’s Canon, for instance.  It is essentially the same chord progression played throughout the piece and it seems crazy difficult, but once you understand that, it just becomes a glorified technical exercise on the piano.  Not to say it isn’t incredibly beautiful and moving!  Which brings me to my next point:

4.      Know your theory!  Do not underestimate the power of a good theory book!  Would you attempt to speak or write in a language you could not understand?  Not likely, although I’m sure there are some creative souls out there who might!  So, my question to you is this-why would you try to play a song without a full grasp of the theory involved?  Without understanding chord structure, passing tones, and scales and harmonic progressions, you’re flying in the dark! It’s similar to trying to read a book in which you know all the letters but none of the words.  It’s going to be a very frustrating experience sounding out all those words, and probably not all that enjoyable.

5.      Be fluent in three musical languages.  You should be able to read in three ways: 1.  Alphabetically (that is being able to recognize a note by letter name) 2.  Intervalically (seeing the distance between the notes, ex a 4th or a 5th) 3.  Categorically (understanding that certain notes belong together in chords ex CEG or DFA-by the way this is known as “Triad vocabulary”, and it’s incredibly helpful for recognizing hidden chords within a piece)

6.      Understand the many directions of playing piano music.  Know that many people tend to get confused with the same direction issues in piano. Ie, we read left to right, the piano goes low to high from left to right, the music goes up on the page as we play higher notes.  Also, your hands are opposites.  By this I mean that your first finger (your thumb) is on the right of your left hand and on the left of your right hand.  Keep that in mind when you are in C position on the piano (in which 5th finger will be on C in the left hand and 1st finger on C on the right hand).

7.      Notice that notes from one chord may fit in between the notes of another chord, or that chords may share notes.  In the example above around the title, you can see that in the left hand, it goes from a space note chord (CEG) to a line note chord (FAC).  The notes on the second chord fit in between the spaces of the second chord, which should give you some clue about where to move your hands.  This is why music is so good for your brain!

No comments to show.